The Founding of the Bahamas

The Founding of the Bahamas 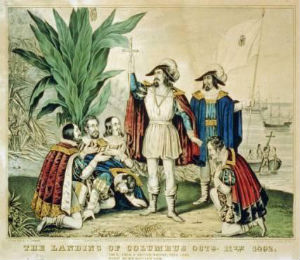 The Bahamas draws travelers from all over the world to experience the tropical beauty of its more than 700 islands spread out over an area over 250,000 square kilometers. In fact, these islands have been attracting travelers of all types for hundreds of years, from explorers like Christopher Columbus to pirates seeking hiding places for their stolen loot.

The first indigenous inhabitants of the islands were the Arawak Indians, more specifically the Lucayans. The Arawak people were known for their hospitality, generosity and peacefulness, which was well-documented by the early explorers, including Christopher Columbus in 1492, who landed on the Bahamian island of San Salvador as part of his first exploration to the new world. Unfortunately, the native people's generosity also allowed for their exploitation, and the indigenous population was largely wiped out from the effects of slavery and disease.

It was a group of English Puritans called the Eleutheran Adventurers who created the first settlements on the islands. In 1649 this group began their search for a location that allowed greater religious freedom. The settlement survived by shipping brasileto wood to the Massachusetts Bay Colony in thanks for supplies. It was the money from the sale of this wood in the American colonies that provided the funds necessary to purchase the land for what is now Harvard University. Much of the new settlements were focused around New Providence Island, which subsequently was burned to the ground in 1684 by the Spanish. However, the area was rebuilt and renamed Nassau, as it is still known today.

Stories of famous pirates like Calico Jack and Blackbeard originated largely from the Bahamas in the 17th and 18th century. With over 700 islands to hide in and a close proximity to shipping lanes, the islands quickly became known for both piracy and hidden treasure.

To deal with the growing pirate problem, the King of England placed Woodes Rogers as the Royal Governor in Nassau, which solidified the islands as a Crown colony from 1717 all the way up until the 1960's. The settlement gained a boost from British loyalists who arrived from the Americas in 1783, bringing with them their building skills as well as slave labor to help build the infrastructure needed to grow. The nation gained a second boost with the start of the Civil war, as the islands became an important source of cotton for Britain due to the Union blockade of southern ports. The final economic boost came from the prohibition era in 1919, where areas like Nassau became an important port for the transportation and smuggling of alcohol into the United States.

The Bahamas were allowed internal self-government starting in 1964. This ultimately transitioned the island into a free and sovereign country on July 10, 1973. Since gaining this independence, the island nation has continued to grow into one of the wealthiest countries per capita in the Americas, largely due to the growth of tourism throughout the islands.