The Bahamas: A History

The Bahamas: A History 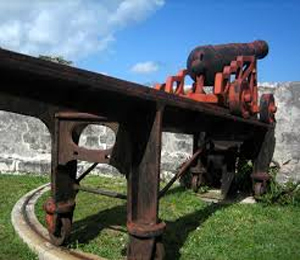 Situated about 800 miles of the coast of Florida and the Bahamas is made up of about 700 islands and covers 4,400 square miles. Much of this is taken up with keys and coral reefs beneath turquoise blue waters. About 20 of the islands are inhabited by about 319,031 people. Nassau is the capital of the Bahamas and its chief port.

Historians believe a subgroup of the Taino people called the Lucayans first moved to the islands between the 6th and 9th centuries A.D. The Lucayan people were living on the islands by the time Columbus reached San Salvador, or Watling's Island, in 1492. Within 20 years, the Lucayans had been shipped away from the islands as slaves in Cuba and Haiti.

The British arrived at Eleuthera and New Providence islands by the mid-1600s and set up pirate bases around the islands. Blackbeard was one of the more famous pirates who operated out of the Bahamas. A royal governor, Woodes Rogers, wasn't appointed till 1718. In 1776, the American loyalists, embroiled in their war for independence in the homeland, moved to the islands in 1776 and set up slave plantations. By 1781 the Spanish had seized control of the Bahamas, but the islands were returned to the British a scant two years later by the Treaty of Versailles. The Spanish probably gave the islands their name. Bahamas is believed to be derived from the phrase "baja mar," or low sea because the seas were so shallow around the islands.

The British abolished slavery in 1807 and freed the Bahamian slaves. Now, most Bahamians are descended from those freed slaves.

By the 1950s, both the United States and the United Kingdom had built guided missile tracking stations in the Bahamas, and in 1963 they collaborated on a submarine test base. But in 1957, an airfield used for World War II was converted to civilian use, which fostered the boom in tourism. When Havana was no longer a destination for Americans after 1961, tourism to the Bahamas grew even more.

In 1964 a constitution was drawn up that gave the Bahamas internal self-government. The islands became independent though still a member of the Commonwealth in July of 1973. The prime minister, once known as the Premier, is now the head of the government, but Queen Elizabeth II is still the head of state. Since 1964, the Prime Ministers have been:

In 1967, Pindling became the first black Premier when the islands were still a British colony. Later, when they became independent, he became the Prime Minister and served from 1969 to 1992.

The monarch is represented by a governor general. At one time, it was the disgraced Duke of Windsor, but now it's Arthur Foulkes.