Secrets and Fun Facts of the Bahamas

Secrets and Fun Facts of the Bahamas 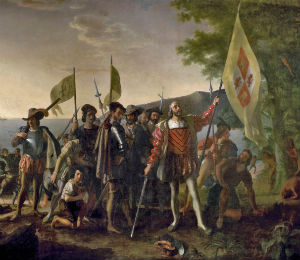 Everyone knows the Bahama Islands lie about 50 miles off the coast of Florida. They are a favorite vacation spot when the cold winds of winter blow harsh and wild. What most people don’t know, however, is that the Bahamas hold secrets and has a fascinating history. For instance, there is some evidence that all life began in the Bahama Islands. A reef on Exuma Island has fossilized remains of sea life and the original peoples of the islands, the Lucayans. But that’s not all.

Although the nights can get quite cool, the mean temperature in the Bahama Islands generally stays between 70 and 84 degrees year round. However, on January 17, 1977 snow fell in Freeport in Grand Bahama Island. A cold front blew in from South Florida, bringing the white phenomenon to the Bahama Islands.

Since pirate days, wrecking, as it was called, dwindled to nothing. Shipwrecks no longer dot the seascape, so Bahamians needed something to do. Tourism is no surprise, as it contributes 60 percent to the economy. Offshore banking comes in second, with agriculture and manufacturing at third place. There is no personal income tax in the Bahama Islands. Its natural resources include a kind of limestone, seafood and sea salt. Of these, only sea food is not exported.

The Cloisters were originally an Augustinian monastery in 1300s France. It was brought to the island stone by stone and reconstructed in the 1960s.

The Queen’s Staircase was chiseled out by slaves in the late 1700s in honor of Queen Victoria’s 65-year reign. Sixty-five steps make up the 102-foot staircase.

Did you know that the original Bahamians, the Lucayans, gave the English language some of their words? Barbecue, hurricane, and guava were not English in origin.

Christopher Columbus’ discovery of America happened on the island of San Salvador. He christened the area with the Spanish word for shallow sea, Baja Mar, which became shortened to Bahama. The Bahamas were traded by Spain to England in return for eastern Florida.

During the Revolutionary War, the first naval assault in the new country’s history was in 1776. It was on Fort Montagu, an English holding in the Bahama Islands. It was captured by 235 marines in eight warships.

The Bahamas gained their independence on July 10, 1973 after 325 years. Inhabitants speak English and use the dollar as currency. Movies are filmed there, such as some of the Bond movies. The islands are popular for their crystal clear sapphire waters, native rum as well as celebrity watching.