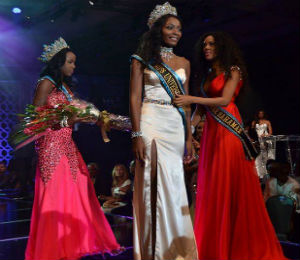 The glitz and glamour of a beauty pageant is always fun to be around, and the Bahamas does it big when it comes to the Miss Commonwealth Bahamas. The Miss Bahamas pageant is a competition held for the women of the Bahamas to compete for the crown and title, and that leads to a foot in the door to compete in the Miss Universe pageant.

The Miss Bahamas pageant has been around for nearly a half of century, after it was first established in 1963. For over 40 years, the Miss Commonwealth Bahamas has displayed the beautiful, classy, and smart women they have raised on the islands. These women go through extensive training and studying to win the crown, and people, both visitors and locals, flock to this convention to see who will be the next winner. Some people come to support all of their favorite competitors, and cheer them on.

Recently, the venue for The Miss Commonwealth Bahamas National Pageant was changed to be relocated to Freeport Bahamas on Grand Bahama Island. The former host for these pageants was Nassau, Bahamas, and under the umbrella of Pageants Ambassador International, they declared they were happy to have the Grand Bahama Island as the new permanent home for the national pageant.

The pageant has gone under new management, making it more popular to attend than ever. For a couple of years, the Miss Commonwealth Bahamas was out of operation, and has been revamped to attract more attention, and gain more respect.

Women entering the competition must have never been married, no criminal history, never have had any children, and must be 5’5” or taller. The applicant must be 20 years old by the November 1st of the year of pageant entering to compete for the crown.

The pageant is usually held in October and is one of the many exciting things to do in Freeport Bahamas. It's easy to find something to do, including an exciting swim with dolphins! Join the fun on your Bahamas vacation!