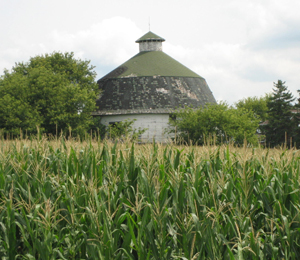 While Freeport of Grand Bahama Island is a relatively new city, its land has a rich history going back centuries. Located east of the Florida coastline, the island was originally inhabited by the Siboney, who were eventually driven away from the island and forced to find havens in Cuba and Haiti. The Lucayans took their place and had grown to a number of almost 4,000 when Christopher Columbus arrived on the island in 1492. This encounter began the demise of the Lucayan. Many were taken as slaves, while many more died from diseases introduced by the Europeans.

The Spanish took over the island in place of the Lucayans, but their desire to live in that island paradise was short lived. The dangerous coral reef that surrounded the island discouraged occupation by the Spaniards. The island, instead, became a haven for pirates. In 1670, the British claimed control of the island.

From 1670 to the mid 20th century, few people inhabited Grand Bahama Island. In the mid 19th century, former Bahamian slaves formed three towns on the island: Williams Town, Pinder's Point, and Russell Town. The seclusion of the island also attracted company of another sort. During the American Civil War, blockade runners used the island to smuggle sugar, weapons, and cotton to the Confederate states. Bootleggers used the island to smuggle alcohol during the American prohibition.

The development of tourism has transformed the island to what it is today. In the 1950s, an American named Wallace Groves pictured Grand Bahama Island as an oasis for travelers from around the world. He developed and built the city of Freeport to be the focal point of the island. In 1962, Port Lucaya was added to the island. Today Freeport and Grand Bahama Island is known for its first-class resorts, mild temperatures, water sports, and secluded beaches. The Lucayan National Park, located 25 miles east of Freeport, is home to one of the longest underwater cave systems in the world.

The bustling city of Freeport holds all of the excitement of any tourist attraction, including shops, casinos, and live entertainment. The island still remains a paradise for anyone seeking the beautiful beaches and crystal clear water of the Caribbean.