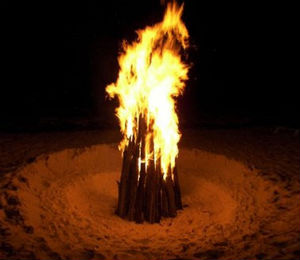 Most people don’t realize that since Bahamas was once a territory of England, the Bahamas has adopted a lot of English holidays and customs. So some visitors of the Bahamas are surprised to find out that when they vacation during the first week of November, they get to celebrate a notable holiday that is usually associated with England.

The fifth of November is known as Guy Fawkes Night in Bahamas, also known as “Bonfire Night”, and is the celebration of the legendary Guy Fawkes. The tale goes that Fawkes tried to blow up the Houses of Parliament with barrels of gunpowder in 1604, but was caught before he was able to do so. He was imprisoned, tortured and executed and put on display as a warning to others who were conspiring to kill King James I. The great “Gunpowder Plot” was derailed after the discovery of several barrels of gunpowder were found in the basement of the Parliament. Some Guy Fawkes’ co-conspirators were lucky enough to escape, others were jailed and executed along with Fawkes. Fawkes received the worst punishment, getting hung, and then having his body dragged behind a horse cart through London’s streets. Most people of England did not agree with the charge of treason, saying he was “the only man to ever enter Parliament with honourable intentions.”

Guy Fawkes has been made into a legend thanks to Hollywood for making the movie V for Vendetta. The mask that V wears in the movie is also the representation for the controversial political activist party called, Anonymous. Anonymous uses the mask as an homage to Guy Fawkes and strives for a check and balance between the people and the government.