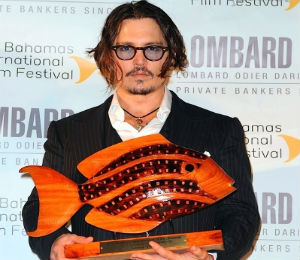 The Bahamas is known for having year round fun events and plenty of things to do, but not everyone who thinks of a Bahamas vacation thinks of a film festival. Calling all film critics and movie buffs to come attend on of the Bahamas most premier events in all of the Bahamas. Stars and film makers flock to Nassau Bahamas for 10 days of the extraordinary festival called the Bahamas International Film Festival.

The Bahamas International Film Festival was born in 2004, and became a non-profit organization. The BIFF was thought to help bring diversity and culture from all over the world to the Bahamas, and attracting film lovers alike. The BIFF gives awards every year, including the ever prominent award, Career Achievement Award, which was awarded to Danny Glover in 2013. The list of A-list actors this film festival attracts is exclusive and long, including Johnny Depp, Sir Sean Connery, Nicholas Cage, Daryl Hannah, Anna Faris, Zoe Kravitz, and Sydney Tamila Poitier, to name a few.

This intimate festival makes it possible for aspiring filmmakers, writers, and actors to be in close proximity of their respected idols, and have the chance to receive feedback. Since BIFF’s first movie screening in 2004, there have been over 600 films shown from countries all over the world, trying to connect with each other in the Bahamas. The BIFF has even received a video message from U.S. Secretary Hillary Clinton in 2012, recognizing the good work Biff has done to make a peaceful effort to bring the world closer together.

The Bahamas International Film Festival is accessible for films to be submitted through an Internet platform called Withoutabox, which makes it easier for submissions from around the world to be entered. The BIFF is held throughout different venues in Nassau and Paradise Island. This film festival is usually held in December, with the main screening event being on a Saturday.

For more information on the film festival, to buy tickets, or the rules of entering a film, please visit the Bahamas International Film Festival’s official website.